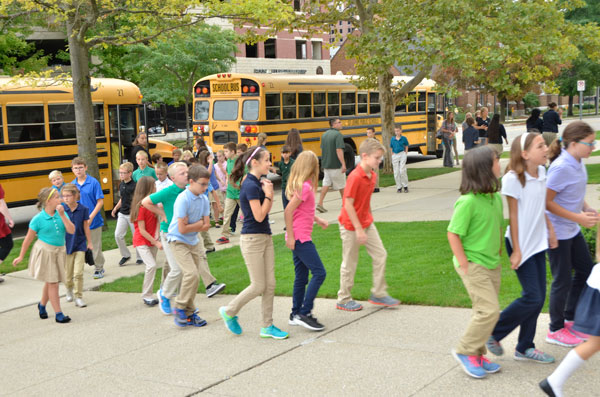 Common Core’s persistent focus on workforce skills is in conflict with Catholic schools’ academic, spiritual, and moral mission, according to a new study published by Pioneer Institute and the American Principles Project.

The study, After the Fall: Catholic Education Beyond the Common Core, goes on to say that the workforce-preparation focus of the K-12 English and math standards known as Common Core puts them at odds with Catholic education because they do not support the larger goals of human excellence, spiritual transformation, and nurturing faith and character that are at the heart of Catholic education.

The result, according to co-author Anthony Esolen of Providence College, is “a strictly utilitarian view of mankind; man with his soul amputated.”

“The Common Core was purportedly designed to meet the perceived academic crisis in public schools. But no such crisis existed in Catholic schools.

“Catholic schools have been outperforming public schools by double-digit margins for the last 20 years on federal National Assessment of Educational Progress (NAEP) reading and math tests (often referred to as “the nation’s report card”). Catholic-school college preparation is outstanding, with over 99 percent of students graduating from high school and 84 percent going on to four-year colleges (almost double the public-school rate). Once they get to college, Catholic-school graduates are twice as likely as those from public schools to graduate from college within eight years of high-school graduation (62 percent vs. 31 percent).

These statistics suggest that in adopting the Common Core, Catholic schools were attempting to fix what was not broken. Why Catholic schools should plunge into an untested “solution” for a nonexistent problem has never been satisfactorily explained.”

The study was jointly sponsored by the Boston-based research group Pioneer Institute and the public policy organization American Principles Project.